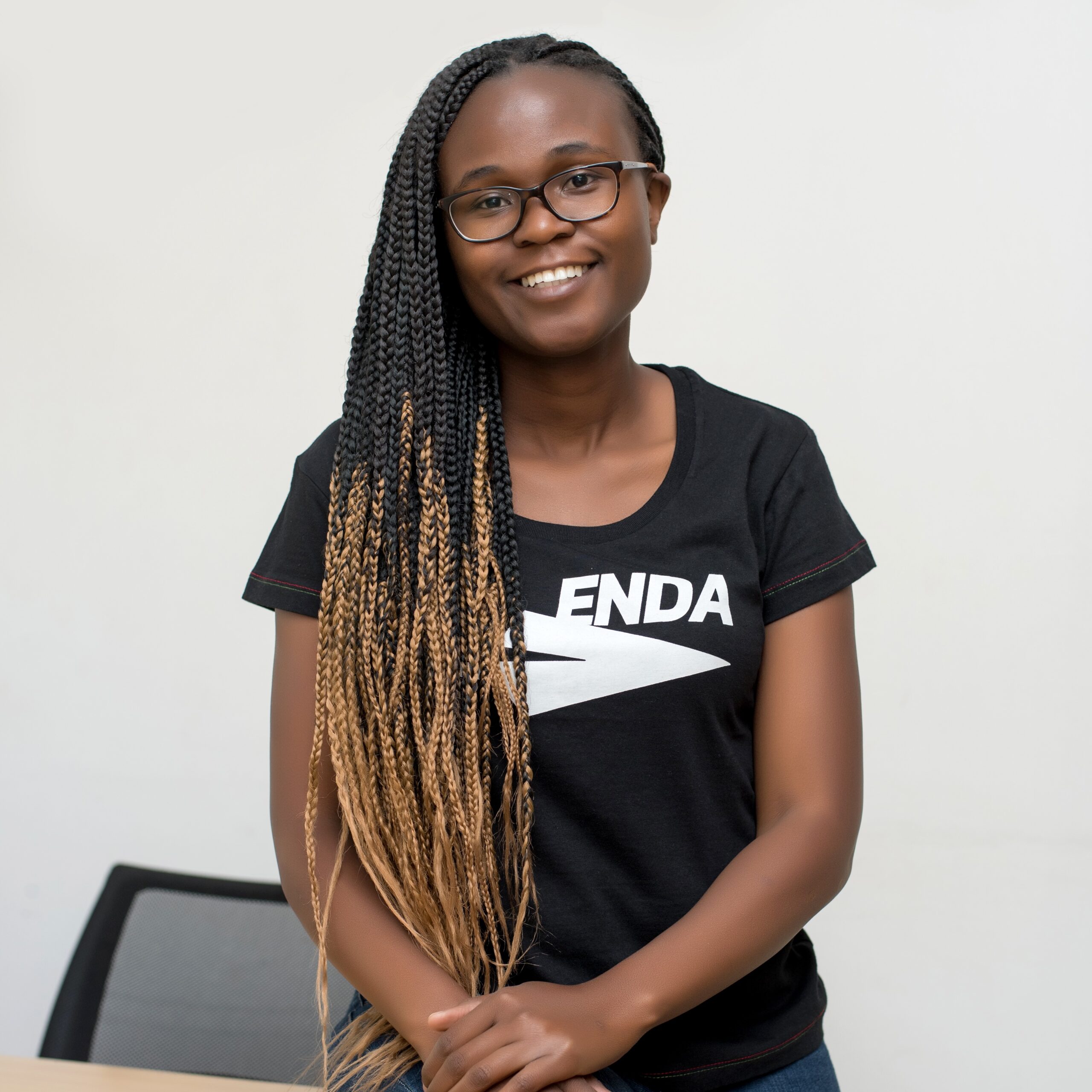 Do readers of this Blog remember that in 2016 we wrote about Enda running shoes (Go, Nava!)?

In these digital times, 2016 seems like before the Middle Ages.

In 2016, the founder of Enda (Navalayo Osembo, aka Nava) had a wild idea, and she tried to fund this crazy idea through Kickstarter.

Most running shoes were & are made in China, Vietnam, or possibly, in Zichem-Zussem-Bolder, but in which countries were no running shoes ever made?

And what is, miles ahead, the greatest Marathon country in the whole world?

Yes, Kenya. The project got funded and in 2017 it happened: a pair of sexy red Enda shoes showed up at this blogger’s door, the Iten .

In one word: jewels to run with. You can read everything about my euphoric state at that time in this blogpost: Enda running shoes.

I really enjoyed running with these fierce red running shoes. And I kept using them. It got close to the point that my running friends organized a fundraiser to finally get me a new pair of running shoes.

Anyway, I need to confirm: you can run much longer with them, than with the average running shoes from big brands. Which is not that difficult, given that nowadays quite some running shoes can be used for 300 kilometers and they’re worn out.

Anyway, even after my Enda’s were really worn out, I couldn’t say goodbye to them. So I kept using them in everyday life, and every time someone asked about it, I told them the whole story.

Well, this small project has grown into a real company, with real employees, and with a real range of running shoes. You can read all about it, here: Shop – Endasportswear.com. I asked Nava again how things were going, over in far-away Kenya. Prima de luxe, as it turned out!

So, here we go, time for an interview!

Hi Nava, which steps have been taken in the Enda project, since 2017?

We’ve gone from idea to execution! Back when we first spoke, we had a shoe design and a dream. Now we have launched three shoes models. Our first shoe, the workouts trainer name Iten has been totally overhauled and improved. It shares a midsole design with our trail shoe, the Koobi Fora. And our best selling daily trainer, the Lapatet (for long runs) is also on its second generation, and on thousands of feet around the world.

How has the organization grown…?

We started off with just two founders, and now we have a small team at our Nairobi office. Also, we have grown internationally, and now we have teammates in the US, Spain, and Italy, helping us reach runners in those markets.

Wow. Looking back at this adventure: what did you learn?

In terms of things going wrong – lots of the time it’s choices we made that seemed so right at the time.

For example, when we first launched, the green Iten was our most popular shoe. So we thought we’d make more of those.

But it turned out just early adopters wanted green, and after that, everyone wanted black shoes!

So we ended up with lots of the wrong inventory. We learned it’s not just listening to the data, but anticipating and predicting what the data can’t tell you.

For things going right, the biggest thing is the great partnerships we’ve formed.

For example, we’ve been lucky enough to link up with excellent distributors in Italy and Spain.

We’ve learned that the difference between a good partner and a great partner isn’t just a 2x or 3x improvement. Often it’s a 200x or 300x difference.

So finding the right people matters more than anything!

Indeed. With so much going on, do you still have time run?

I run the business every day!

But yes, I do manage to sneak in a run every now and then too. I’ve been using our Lapatets exclusively lately as I’m only doing steady aerobic runs.

If readers ant to buy them, what’s the best way to do so?

Right now, the best way is to order at endasportswear.com .

Time to wrap up!

What is the conclusion from all this?

To every one of your readers who has bought a pair of our shoes or spread the word about us, I want to send a most profound thank you. You are genuinely making a difference here in Kenya.

Thank you. I hope we’ve helped you enjoy some fun runs too, and I hope we can be your companion for many kilometers to come!

So. That’s it for today, we hope readers have enjoyed this blog post!